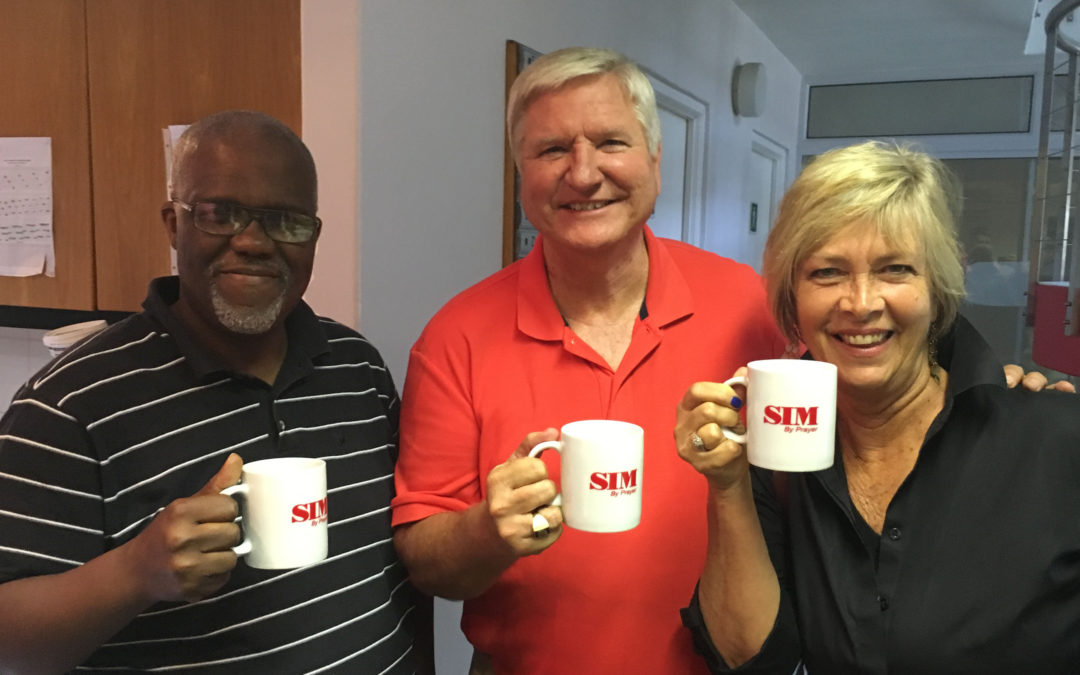 An SIM USA missionary couple has been encouraging South African Christians to get involved in missions.

“Basically pricking the conscience of the church for missions,” said SIM USA Director of Public Affairs Bill Harding of his role, which he fulfils primarily in America.

He and his wife, Grace, served as missionaries in Ethiopia for many years.  They now serve in administration, which they said is often overlooked but is vital to recruiting, preparing, sending, and supporting missionaries in every role.  Tuesday afternoon, they visited the SIM Southern Africa office in Tokai to share about their work and invigorate their colleagues.

“This is a mission field, not just a sending office, to begin encouraging others to work here,” Bill said.

“I think we need to shift in our thinking for Christians to understand that what we’re doing in the offices is ministry,” Siegfried said.

Both men also share a hope that this visit will encourage Christians here to get involved in missions, as strangers sometimes are able to speak into situations more effectively than those who are part of them.  This is one of the blessings in the modern shift in missions to sending workers from anywhere to anywhere rather than only from Western countries to majority world ones.

This has been the Hardings’ fourth visit to South Africa, as they first came here many years ago to celebrate their twentieth wedding anniversary.  In addition to speaking to local Christians, they have also been visiting their son, Drew, who lives in Stellenbosch with his wife and five daughters.  Drew runs a ministry called Senai Global, which mentors young South Africans to become leaders and facilitates partnerships with other NGOs.  In all, the Hardings have four children and twelve grandchildren.