In the military you train leaders or you die. 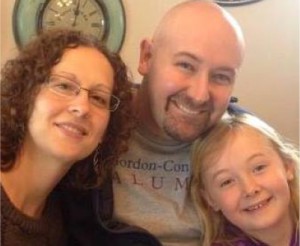 As Christians we face a spiritual battle that is more intense and more real than the conflict a soldier faces in combat. But we are not as intentional as we should be in rigorously training and developing people to shepherd, guide and protect God’s people in the Church.

The man who vehemently expressed these views to me is Gabriel Smith, a co-founder of East Mountain http://eastmountain.tv/, a Stellenbosch-based ministry that is dedicated to developing frontline Christian leaders in an age in which 85% of churches in the world are led by men and women who have no formal training in theology or ministry.

As a young US infantry officer who led men in the first response to the 9/11 terrorist attack on the Pentagon, Washington DC and who faced death regularly during a 12 month combat tour in Iraq, Smith does not use the military analogy lightly. He says his 9/11 experience, two years after he graduated from West Point Military Academy, was his first encounter with death and destruction and “for me personally it was the full brunt of sin in the world of seeing brokenness on that scale”.

Towards the end of his duty in Iraq he says he heard God speaking to him early one morning.

“He asked me a question. He said: ‘Gabe, if you could have any job today what would you want it to be?’ And the interesting thing about the timing of that question is I was getting ready to be promoted to company commander which is a sought after position — and in my heart I said: ‘Lord I want to be the chaplain, I want to be the pastor to these soldiers.’”

He says at that time he was spending all his free time sharing the Gospel, praying with people, and comforting people.

God had other ideas.

After completing his deployment he left the army and enrolled at seminary in his hometown of Charlotte, North Carolina, with the goal of returning to the army as a chaplain once he was qualified. But God had other ideas. During the five years he took to complete his master’s degree he pastored a church and got connected with United World Mission (UWM), an evangelical mission-sending organisation that specialises in coming alongside local churches in about 45 countries around the world.

At a point when his army chaplain plans seemed to be falling through, UWM offered him a post as one of their two area directors for their work in Africa. He accepted and together with his wife, Janet and daughter, Madeline, moved to Stellenbsoch, which they chose as their new home base. His fellow Africa area director, veteran missionary Rodney Duttweiler, together with his wife, Kathy, also decided to move to Stellenbosch. Three years ago God gave the two missionary partners the idea of starting East Mountain to develop Christian leaders linked with UWM through a community-based, relational model. But as they began to develop relationships with local churches in South Africa God expanded their vision to addressing the critical leadership vacuum within the Church in SA.

With the support of UWM, East Mountain now has a facility in Stellenbosch, partnerships with churches, organisations and schools in Stellenbosch, Cape Town and Port Elizabeth, and 15 full-time staff. He says East Mountain is like a “missional laboratory where we invent new things” to address needs of local churches “which we discover in collaboration with them while developing relationships”. The churches they relate to are typically township-based, under-resourced, and have people who are “passionate followers of God who are gifted by the Holy Spirit with the gifts of leadership and have a thirst for knowledge and for and somebody to come alongside to equip them.”

“One of the things we have ‘invented’ is a 12 months certificate programme in discipleship and mission as an alternative to the western seminary model which is too time consuming and expensive for the majority of local pastors and leaders,” says Smith.

The programme, which is offered in partnership with local churches in Stellenbosch and Port Elizabeth, utilises free, world class digital theological training material sourced by New Testament scholar Dr Bill Banks. East Mountain facilitates a day every two months in which pastors and leaders gather and “worship together and eat together and we introduce the course material,” says Smith. The material, which is divided into six courses, is loaded onto tablets which participants use in between the two-monthly training days, to work individually or small groups watching videos, answering questions and doing assignments. Their work is processed and they are tested during the two monthly meetings before they leave with the next course. The courses are Overview of the Bible, Old Testament Survey, New Testament Survey, Discipleship Course, Interpreting the Bible, and Preaching Course. The training is provided at a cost of R1 000 per year (to pay for the tablets) plus catering fees. This year — the inaugural year — it is being provided to about 45 students from 15 to 20 churches, says Smith.

Smith says that he is inspired by the calibre of people who are being raised in local churches. “They are sold out for the Gospel, they are gifted, and they are so generous and so invested in their own growth and development. This week we had 107 students at an overview of the Bible course on a Saturday in PE. I know mega-churches in the US where you could never find 107 people to come to study the Bible for a Saturday.”

“I see that the Lord is doing something really important in the Church in South Africa. It was a surprise to me that He assigned me here. It wasn’t my plan. But I’m beginning to see why. There is a significant task for the Church here and I would just want to say to the churches out there and the leaders out there: Stay strong and be encouraged. The Lord is present here and calling the Church in South Africa to do an important work in the area of reconciling people to one another and in a sense of being a voice of leadership on the African continent, and being a church of significance in resource. So, I feel like East Mountain is a small part of that and there are a lot of people being called to this type of work.”

Smith says East Mountain has a vision to develop more centres in Africa and around the world.

Here at SIM Southern Africa we are grateful to East Mountain for their input as we have been shaping our new Explore programme.