Bearing fruit for the true vine 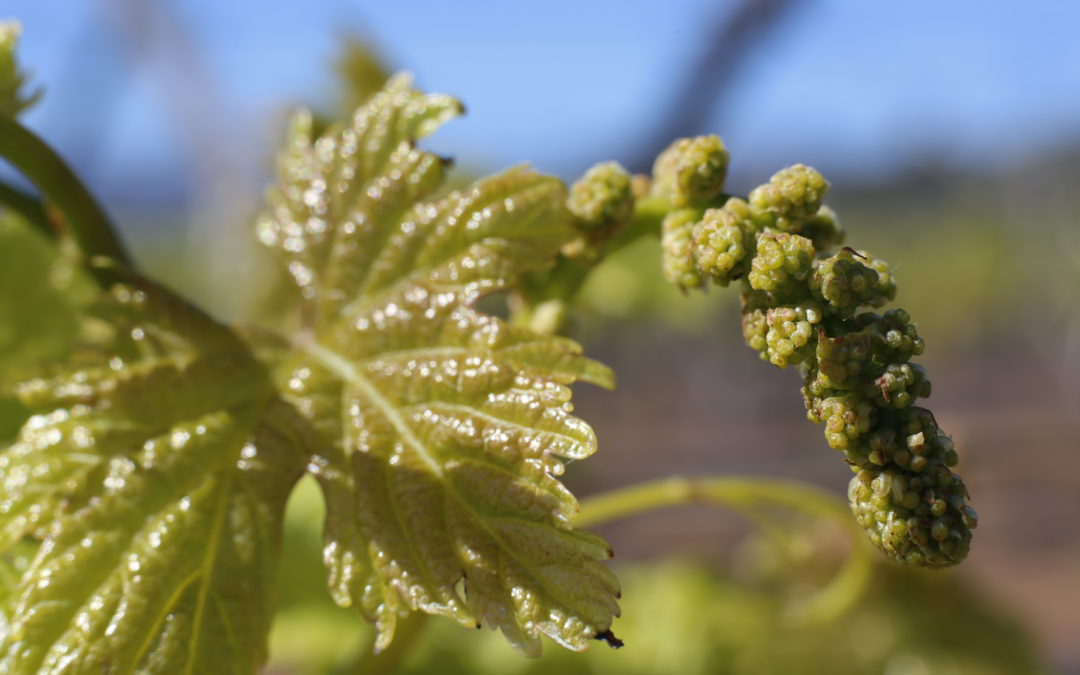 In 1955, Tina and Ned* – young in body, marriage and faith – stood together and offered their lives to God’s missionary work.

To some, it may seem that He never called them. They never joined a mission. They never worked in full-time ministry. They never moved to a distant land for the sake of preaching Christ there.

It would be very, very shortsighted, however, to say they had not participated in missionary work. Through prayer, donations, encouragement, and service, Tina and her late husband proved very faithful servants of their beloved Lord.

Tina said she and Ned were new Christians when they married. Tina had come to faith as she prepared to marry someone else and realized that her plans were different from God’s.

“The crossroads came in my life where I really knew it was either God’s way or it was downtrend. The Lord was merciful to me in saving my soul,” she said.

“Abide in Me, and I in you. As the branch cannot bear fruit of itself, unless it abides in the vine, neither can you, unless you abide in Me.  I am the vine, you are the branches. He who abides in Me, and I in him, bears much fruit; for without Me you can do nothing.  If anyone does not abide in Me, he is cast out as a branch and is withered; and they gather them and throw them into the fire, and they are burned.  If you abide in Me, and My words abide in you, you will ask what you desire, and it shall be done for you.  By this My Father is glorified, that you bear much fruit; so you will be My disciples.” John 15:4-8 (New King James Version

She and Ned, friends since childhood, began courting and were married in 1954.

“When we got married, we were both newly committed Christians, and we knew that the Lord must come first in our lives because that is what you have to base your marriage on. Otherwise, it’s going to be a failure,” she said.

A year later, they were living near friends who hosted Canadian preacher Dr. Oswald J. Smith during his evangelism crusade in Pretoria. Because they lived only a block away, they were able to visit him and were in the audience when he asked all present to consider entering missionary service.

“Without looking at each other, we just both stood up and said if God called us, we would be willing to go, and that was sort of the beginning of our interest in missions,” she said.

In 1956, they started a monthly meeting in their home to pray for missionaries. The gathering lasted many years and included members of several different churches. They would pray for about twelve missionaries serving in Benin, Ethiopia, and Nigeria and take a collection that was sent to SIM.

“It was really a gathering of every sort of person who was interested in missions and who was happy to pray, and we used to collect the money that they gave every month and I used to send in this money to SIM. Through the years, we just always had this missionary prayer meeting, and as I said, the Lord never called [Ned] and myself specifically into a missionary setting, but we were always involved with missions,” Tina said.

“SIM was always the main mission that we were involved in,” she said. 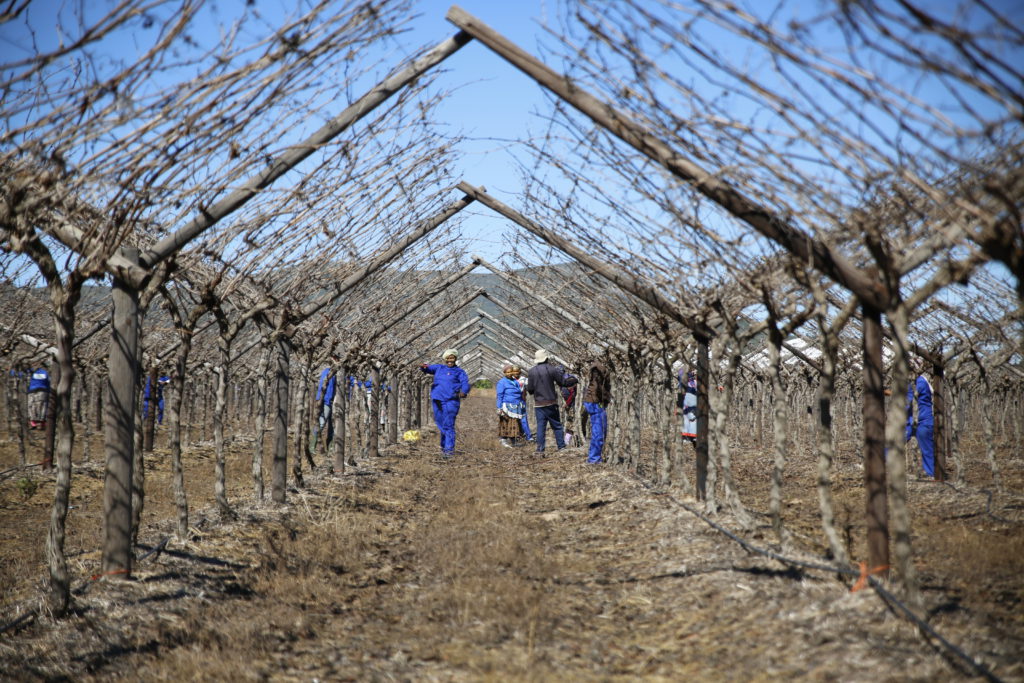 Supporting missionary work from the home front was not always easy, though. During the years of international sanctions against apartheid, Tina said, they continued to pray for more workers to join the harvest, but none from South Africa could go to other lands. She also used to feel disappointed that the Lord had not called them to serve directly as missionaries. Eventually, though, God comforted her with this portion of 1 Samuel 30:24: “The share of the man who stayed with the supplies is to be the same as that of him who went down to the battle. All will share alike.”

“And He gave some to be apostles, and some prophets, and some evangelists, and some pastors and teachers, for the perfecting of the saints for the work of the ministry, and for the edifying of the body of Christ,” Ephesians 4:11-12 (21st Century King James Version).

Over the years, Ned and Tina also hosted many missionaries home on furlough and planted a church for seven years. They served on missions boards, even when his work took them to England for five years. A geneticist, Ned worked for the government as a plant breeder, developing new varieties of grapes, peaches, and strawberries. Tina worked as a physiotherapist and raised their family.

Although the Lord never called them to full-time missionary service, they hoped to do short-term missionary work once Ned retired. Instead, he began working with a farmer to develop new varieties of table grapes.

“When [Ned] started doing this private breeding, he always said, ‘I never got any specific payment except just thanks, and I didn’t actually get any royalties for anything I developed because I was working for the state, but if I develop anything in the next phase of my life when I’m retired, then that must definitely go to missionary service,’ and that’s how it started. When [Ned] was really ill and he was hardly able to speak, with Mr. Hoekstra standing on the one side of the bed and I stood on the other side, and he still said to me, ‘Just remember what I said about royalties to missions,’” Tina said.

Aat Hoekstra provided space and workers on one of his farms, Ned the expertise, and the Lord the blessing. They developed five successful cultivars, which they named the Delight range: Muscat Delight, African Delight, Tropical Delight, Starlight, and one seedless variety, Evans Delight. Ninety percent of the grapes are marketed overseas, but ten percent go to markets in Johannesburg.

“[Ned] was daily on the farm, doing what he could,” Aat said, adding that Ned’s motivation and goal were always clear. “He used to say, ‘I would like one day that if there were any royalties, I would like them to go to missions.’” 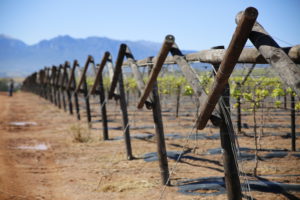 And so they have. Even though Ned died over ten years ago, the revenues from his work have continued to bless their local church and several SIM missionaries.

“I can just, with a joyful heart, say to Mr. Hoekstra, ‘Yes, please, make out the cheque,’” she said.

“It’s a real blessing to receive it every year, because it tops up their support for a number of missionaries,” said John Berry, SIM Southern Africa’s stewardship officer. “Missionaries can’t do their work without support.”

Aat said he receives letters every year from people who have been blessed by Ned’s share of the royalties. He said they shouldn’t thank him but Ned and Tina, especially because his share goes to the farm’s expenses.

John said Tina supports missionaries personally and through Ned’s royalties. For the past few years, seven missionary individuals and couples have received shares of the royalties. Among those supported has been John, who said Tina has often prayed for him and sent him notes of encouragement.

Like Tina, Aat lost his spouse, Annaline, seven years ago. He still reads her 1933 Afrikaans Bible and treasures the marks she made in it, such as underlined verses. They give him another glimpse into her strong faith and what was important to her.  In a similar way, he was blessed by seeing Ned’s faith.

“Absolutely a man following in the footsteps of Jesus; more better, I can’t explain it,” Aat said. “He was absolutely a friend and person you could one hundred percent trust … It was a pleasure to be with him, always positive, always smiling; a fine man.”

Knowing Ned and Tina was one of many blessings in his life, Aat said.

At 85, Tina said she is unable to do outreach anymore, but she loves to support and encourage missionaries through writing to them and praying about their work.

“To me, that is a joy. To have the joy of the Lord is my strength,” she said.

Tina was reluctant to share her story, not wanting the attention, not wanting to receive praise for what she and her husband had done with their lives and resources. She therefore did not want her or Ned’s real names to be used in this story. She hopes, however, that their example might reflect God’s light to others and direct them to praise Him and consider their own role in furthering His kingdom.

“I hope that people will realize that the mission field is the world, not just a little area around our churches, and if they have the means, to consider giving,” she said. “Half of it, I suppose, we’ll never know until we get to glory.”

* Names have been changed